Join the 7/21 live chat & demo: How to turn KYB & KYC into your competitive advantage

The next generation of digital fraud has arrived. Also called “synthetic media,” deepfakes are worrisome enough to warrant an FBI bulletin warning that “malicious actors almost certainly will leverage synthetic content for cyber and foreign influence operations in the next 12-18 months.”

But what exactly is a deepfake? How do deepfakes work, and where did they come from? What risk do they pose to your business and customers, and how do you reduce that risk?

Here’s what you need to know about the new face of fraud.

Most criminals use publicly available information to create deepfakes. This includes social media posts, corporate directory information, emails, and physical documentation such as magazines or photographs. In some cases, deepfake creators stitch portions of real audio or video clips with fake imagery and sounds to create an out-of-context, partially true version of original events that’s been modified for a specific purpose.

How do deepfakes work?

As noted by the Institute of Electrical and Electronics Engineers (IEEE), deepfake creators often use machine learning to create realistic images and audio clips. Attackers input real audio or video data into intelligent algorithms, known as neural networks, which in turn train these algorithms to accurately replicate a person’s image or voice. Newer technologies such as generative adversarial networks (GANs) now make it possible to generate digital faces that are virtually indistinguishable from the real thing.

One benign example is a video that appears to show soccer star David Beckham fluently speaking nine different languages, when he actually only speaks one. Another fake shows Richard Nixon giving the speech he prepared in the event that the Apollo 11 mission failed and the astronauts didn’t survive.

A more sinister example comes courtesy of a UK-based energy firm. In 2019, the CEO got a call from someone who sounded just like his boss — the chief executive of his firm’s parent company. His “boss” ordered him to transfer $243,000 to a Hungarian supplier, which he did, as the voice’s tone and “melody” sounded legitimate — even capturing the executive’s subtle German accent. It wasn’t until the fraudster called multiple times requesting more money and the CEO noticed the call was coming from an Austrian number that he began to have his doubts.

Other deepfake examples include: 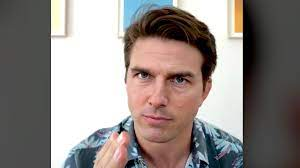 There’s now an entire TikTok account dedicated to deepfakes of the popular actor. If you watch them a few times and look carefully, you can tell they’re not actual videos of the actor, but the effort put into mimicking Cruise’s voice and mannerisms makes them convincing at first glance. 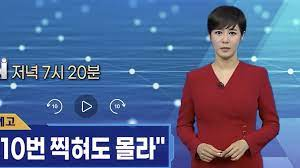 Korean newscaster Kim Joo-Ha was briefly replaced by a deepfake in 2021 when her channel, MBN, decided to see if a deepfake could handle breaking news reports. While Joo-Ha remains employed as a newscaster with the channel, MBN has plans to regularly use the deepfake when their human newscaster isn’t available. 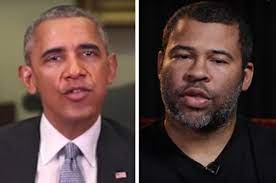 Using readily-available apps, comedian Jordan Peele pasted his own mouth and jawline over that of former president Barack Obama and then mimicked Obama’s voice and gestures to create a convincing deepfake “public service announcement.” 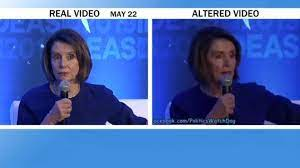 One worrisome deepfake example is when fakers took a real video of Speaker of the House Nancy Peloci, slowed it down by 25%, and then altered the pitch of her voice to make it seem like she was slurring her words. 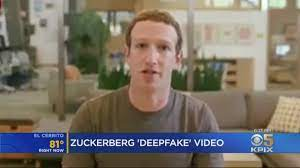 After the Pelosi deepfake went public, Facebook refused to take it down. In response, someone posted a deepfake of Facebook founder Mark Zuckerberg on Instagram in which “Zuckerberg” boasts about “owning” users on his platform.

The seeming authenticity of this synthetic identity fraud is what makes it so worrisome. By playing on the natural human tendency to trust people we’re familiar with, these sophisticated fakes make it possible for attackers to fly under the radar — often until it’s too late.

How did deepfake technology evolve?

Convincing deepfakes have been around since the early 2010s. For example, the technology was used in 2015 to finish Fast & Furious 7 after actor Paul Walker died before they finished filming. But even five years ago, it took entire movie studios months or years to create high-quality, convincing deepfakes.

In 2007, deepfake creation started becoming more mainstream when a Reddit subgroup began swapping the faces of adult actresses for those of mainstream celebrities. While more than 90% of deepfakes still focus on adult-related content, the rapidly growing market of open-source, on-demand machine learning solutions has made it possible for attackers to expand their horizons and create realistic looking and sounding videos and images for other — more sinister — purposes.

How to spot a deepfake

As cybercriminals become more adept at creating convincing video, image, and audio imitations, how do you spot a deepfake before it wreaks havoc?

While there’s no single point of failure for these fakes, potential issues include:

Spotting audio deepfakes can be more difficult. This partly stems from the fact that human eyes are generally better than human ears — we’re biologically predisposed to see small details but our hearing pales in comparison to most other animals.

Additionally, fraudsters often record audio that contains substantive background noise, which makes it harder to spot a fake. Combined with messages that are short and to the point, most people aren’t able to detect deepfakes.

Thankfully, computers can help close the gap. As noted by How to Geek, voice verification tools can analyze between 8,000 and 50,000 data samples per second to pinpoint deepfake identifiers such as sounds that occur too quickly, problems pronouncing “fricatives” such as f, s, v, and z, and audio patterns that trail off constantly, which is an indication that the voice mimicking software couldn’t tell the difference between speech and background noise.

How can deepfakes threaten my business?

Deepfakes make it even easier for fraudsters to commit identity theft. By mimicking the images and voices of customers or staff, deepfakes can fool your business into granting account access, authorizing purchases, transferring funds, and more.

Even if you discover the fake quickly, the damage has been done and you probably won’t be able to recoup the stolen money or data. And in most cases, you’re not just on the hook for any losses incurred — these breaches can also result in substantive business loss: according to IBM, 36 percent of the average total cost of a data breach stems from lost business due to lack of trust.

While understanding how deepfakes work can help your company identify and analyze isolated incidents, it’s also important to create a more robust detection framework. According to Venture Beat, the number of detected fakes rose by 330% from October 2019 to June 2020 — but despite this rapid uptick, fewer than 30% of companies have a deepfake defense plan in place.

As advanced deepfakes are now capable of mimicking user appearances, environments, and other key identifiers to subvert perimeter security tools, it’s important to implement additional layers of security that limit compromise opportunities even if fakes make it past your first line of defense. There is where identity verification can help.

Regardless of your industry or whether you’re required to comply with local regulations, deploying tailored verification flows for each use case and customer can limit potential fraud, increase user trust, and ensure the right people have the access to the right data at the right time.

For maximum protection, your identity verification system shouldn’t just take one aspect into account and be done with it. Instead, you need a robust, holistic solution. This includes comparing selfies to existing IDs and images on file, considering passive security signals such as IP addresses and browser fingerprints, and supplementing verified identities with add-on information through authoritative third-party reports, such as watchlists. By creating holistic user profiles, you can better understand who your users really are and better identify fraudulent activity.

Bottom line? Deepfakes are dangerous. The right identity verification solution can help your business slam the door on the new face of fraud.

There are currently no laws in the United States that fully ban individuals from creating deepfakes. While legislation in California prohibits the creation of deepfakes of politicians within 60 days of an election, broader adoption of deepfake laws may be thwarted by the First Amendment.

How were deepfakes first created?

The first deepfakes were created in a subreddit by a user of the same name in 2017. Open-source face-swapping technology was used to superimpose different faces onto images and videos of women, and from there, deepfakes quickly took off.

Can you deepfake a voice?

AI-driven tools now make it possible to accurately replicate a person’s voice based on recordings of the person speaking.

Can you deepfake on a phone?

Readily-available mobile apps now make it possible to create deepfakes on your phone. These deepfakes could be anything from images of yourself as older or younger to recreations of historical people doing or saying things they’ve never done.

How dangerous are deepfakes?

Deepfakes are extremely dangerous because many people still aren’t sure exactly what they are or how they can be used to exploit individuals or steal their identities. Highly accurate deepfakes can make it seem like politicians are saying things they’ve never said or could be used to convince banks or other financial institutions that they’re talking to account holders when in fact the videos or images have been faked.

How match requirements allow you to fine-tune your IDV processes

Setting name match requirements is an important part of the identity verification process. Learn more about why it’s important to get them right.

Student identity verification: How educational institutions can improve their IDV

In an increasingly digitized education space, student identity verification is becoming essential. Learn how it works.

Mobile KYC: How will it transform compliance?

Ready to get started?

Get in touch or start exploring Persona today.

Try it now
Get a demo